1. Couscous! Especially in this Salmon over Couscous recipe–it was fabulous!

2. Trader Joe’s Graham Crackers. These are soooo yummy. My mother-in-law suggested making S’mores out of them sometime, which is a very dangerously delicious idea… 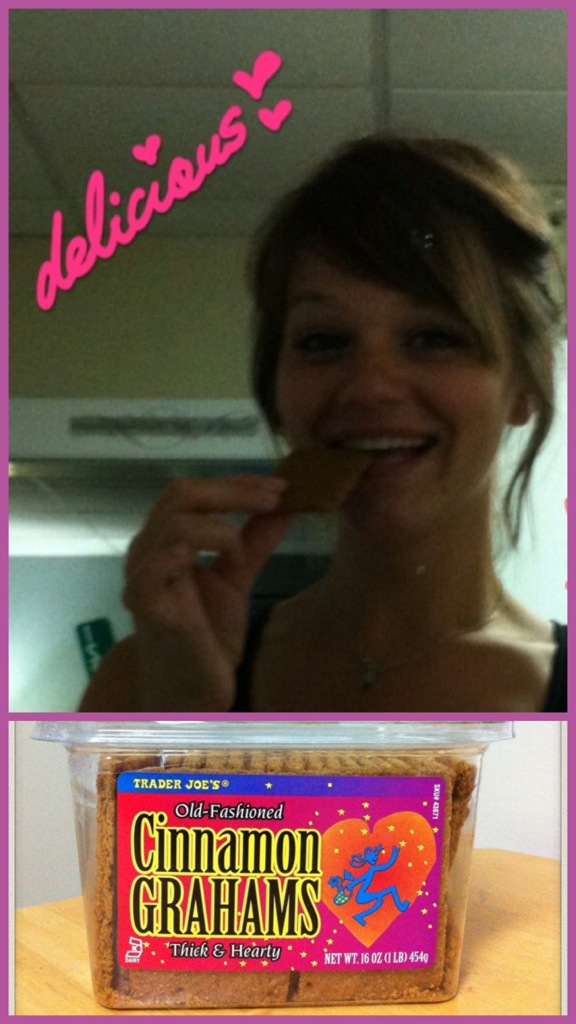 (Please excuse the crappy photo–it’s hard to have patience for good picture-taking when a delicious graham cracker is in your mouth.)

3. …and an idea that reminds me of something else I’ve been enjoying lately: bonfires! Last weekend we made S’mores during our bonfire get-together, too (sans Trader Joe’s Grahams, though!). 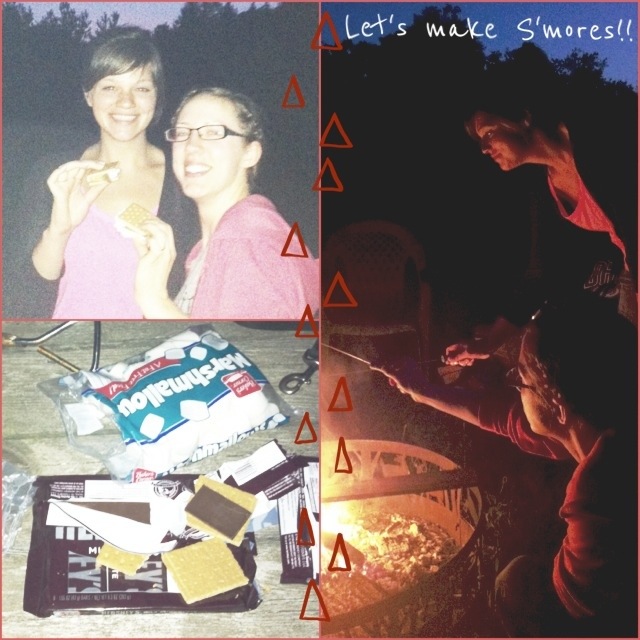 (Making S’mores & having bonfires were both on my Summer Fun Bucket List!)

4. I have also been obsessed with “Just Give Me a Reason” by P!nk featuring Nate Ruess. I just love watching Ruess (though the video primarily consists of P!nk rolling around on a mattress or making out with some random guy). I also love duets and guys who can sing well, which led me into looking up Ruess (like a creeper). I love this quote from an interview he did:

“I’m not one to take lessons, so I decided that the only way I was going to learn how to sing, if what they were saying was true, was to go in my car and put on any sort of music from a vocalist that might be really hard to mimic, turn it on as loud as possible and try to hit all those notes.” (source)

I think Fun would be super awesome to see in concert, and “Just Give Me a Reason” was about the only song I wanted to hear on our way to Detroit to a Guster/Ben Folds Five/Bare Naked Ladies concert.

5. Which reminds me, have you ever heard the song, “Erase Me” by Ben Folds Five? That was really fun to see in concert. We went to see them for our 5 year wedding anniversary! More on that adventure later…

6. But one thing I do want to point out about our anniversary is that I made a scrapbook for Chad of the last five years we’ve been married and all of the adventures we’ve had together (like traveling to 10 different countries including the US and Japan!). I’ve really enjoyed getting back into the craft of scrapbooking, especially since I find it can be really close to art journaling, which I also love.

(Chad got me a delicious chocolate cookie from the bakery and I was eating part of it while making his scrapbook–who said all work and no cookies!?)

What are some things you’ve been enjoying lately?

4 thoughts on “Some things I’ve been enjoying lately…”